The Immigration and Customs Enforcement is primarily responsible for immigration investigations, detention and removal of non-citizens, as well as customs investigations.  On the other hand, the Citizenship and Immigration Services handles adjudications.  It reviews petitions for immigrant visas, adjustment of status, naturalization and asylum and refugee applications.

There are alternatives to asylum that applicants can pursue to remain in the United States:

These manuals provide basic information regarding filing procedures, motions, hearings, forms, and other pertinent materials relating to the immigration proceedings.

Immigration Courts in the United States

In the United States, there are 54 immigration courts, which are controlled and managed by the Department of Justice.  If the applicant is in removal/deportation proceedings, their case will be heard in one of these courts, and it is in these courts that the applicant has the best chance of beating deportation.  In many cases, the immigration judge has individual discretion to decide the case, as in waiver applications or cancellation of removal, and can consider many different factors in making a decision about deportation.  In other cases, the immigration judge is bound by law to decide the case and has little or no discretion, as in deportation based on criminal convictions, material support bars, and persecution bars.

BOARD OF IMMIGRATION APPEALS

The Board of Immigration Appeals (BIA) is the highest administrative body for interpreting and applying immigration laws.   The BIA has been given nationwide jurisdiction to hear appeals from certain decisions rendered by immigration judges and by district directors of the Department of Homeland Security (DHS).  Generally, the BIA does not conduct courtroom proceedings - it decides appeals by conducting a paper review of cases.  On rare occasions, however, the BIA hears oral arguments of appealed cases, predominately at headquarters.

Steps in the Asylum Process 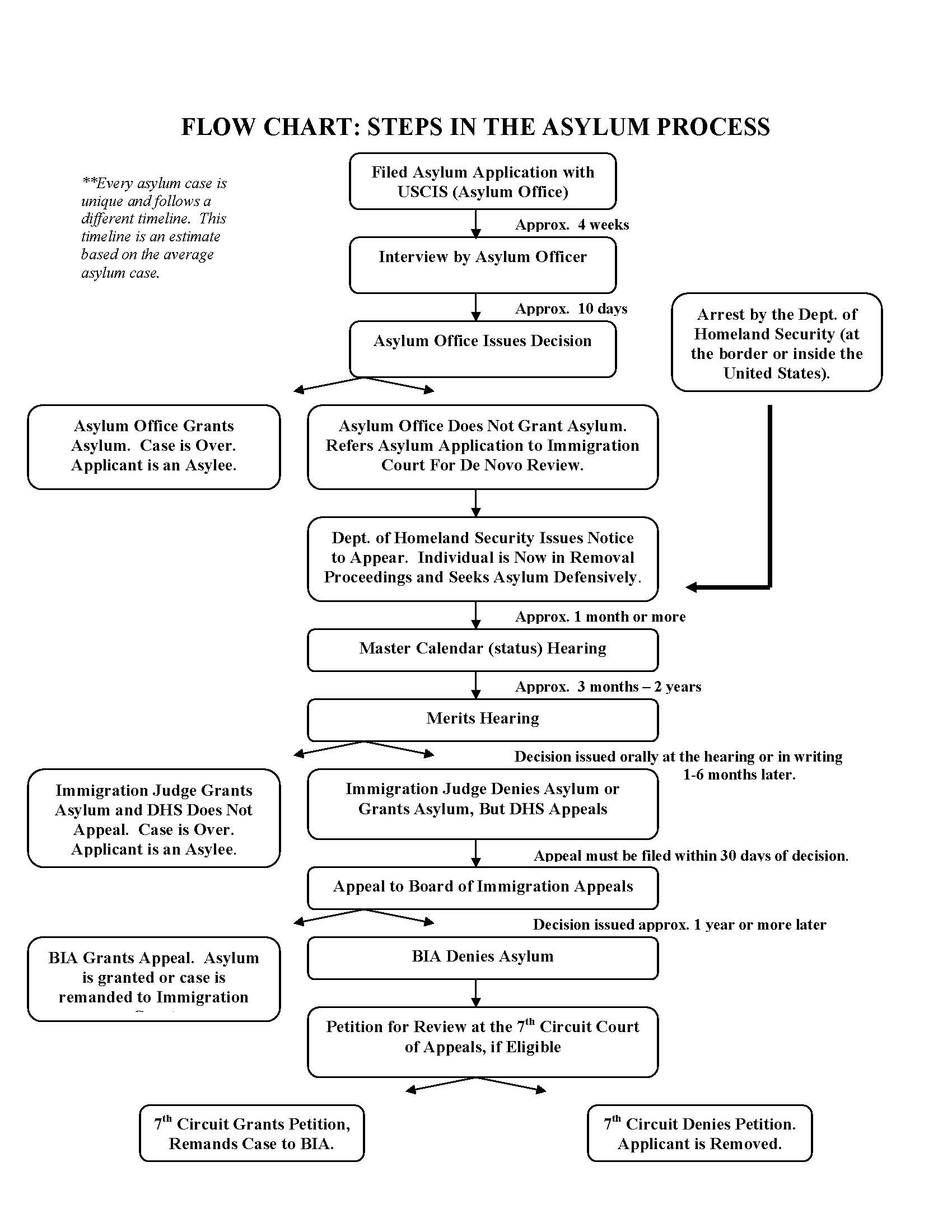