The 4th Amendment as it applies to narcotics prosecutions and defenses

This guide is for lawyers who either prosecute, or defend, persons charged with narcotics violations. The focus of the guide will be on issues dealing with the Fourth Amendment and how it applies in search and seizure, defending motions to suppress evidence, and winning motions to suppress evidence. There are also sources listed that can help guide the attorney when the issue of co-conspirators arises, information about sentencing and alternative adjudication such as drug court, and information about Florida Courts. 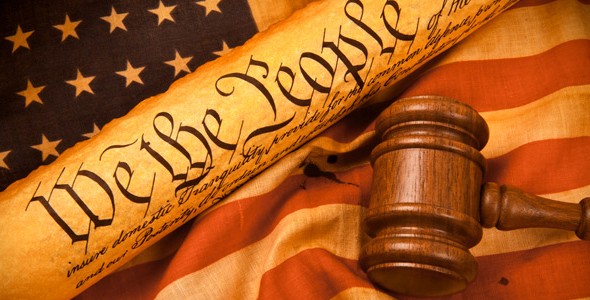 The right of the people to be secure in their persons, houses, papers, and effects, against unreasonable searches and seizures, shall not be violated, and no warrants shall issue, but upon probable cause, supported by oath or affirmation, and particularly describing the place to be searched, and the persons or things to be seized. U.S. Const. amend. IV

A particularized and objective basis, supported by specific and articulable facts, for suspecting a person of criminal activity. • A police officer must have a reasonable suspicion to stop a person in a public place. Black's Law Dictionary (10th ed. 2014)

A reasonable ground to suspect that a person has committed or is committing a crime or that a place contains specific items connected with a crime. • Under the Fourth Amendment, probable cause — which amounts to more than a bare suspicion but less than evidence that would justify a conviction — must be shown before an arrest warrant or search warrant may be issued. Black's Law Dictionary (10th ed. 2014).

An affidavit, usu. by a police officer or other law-enforcement agent, that sets forth facts and circumstances supporting the existence of probable cause and asks the judge to issue a search warrant. Black's Law Dictionary (10th ed. 2014).

A rule that excludes or suppresses evidence obtained in violation of an accused person's constitutional rights <in accordance with the exclusionary rule, the court did not admit the drugs into evidence because they had been obtained during a warrantless search of the defendant's home>. Black's Law Dictionary (10th ed. 2014).

“The deterrence of unreasonable searches and seizures is a major purpose of the exclusionary rule… But the rule serves other purposes as well. There is, for example, … ‘the imperative of judicial integrity,’ namely, that the courts do not become ‘accomplices in willful disobedience of a Constitution they are sworn to uphold.’ … A third purpose of the exclusionary rule … is that of ‘assuring the people — all potential victims of unlawful government conduct — that the government would not profit from its lawless behavior, thus minimizing the risk of seriously undermining popular trust in the government.’” Wayne R. LaFave & Jerold H. Israel, Criminal Procedure § 3.1, at 107 (2d ed. 1992) (quoting Elkins v. U.S., 364 U.S. 206, 80 S.Ct. 1437 (1960); U.S. v. Calandra, 414 U.S. 338, 94 S.Ct. 613 (1974). Black's Law Dictionary (10th ed. 2014).

FRUIT OF THE POISONOUS TREE

The rule that evidence derived from an illegal search, arrest, or interrogation is inadmissible because the evidence (the “fruit”) was tainted by the illegality (the “poisonous tree”). • Under this doctrine, for example, a murder weapon is inadmissible if the map showing its location and used to find it was seized during an illegal search. Black's Law Dictionary (10th ed. 2014).

The rule providing — as an exception to the fruit-of-the-poisonous-tree doctrine — that evidence obtained by illegal means may nonetheless be admissible if that evidence is also obtained by legal means unrelated to the original illegal conduct. Black's Law Dictionary (10th ed. 2014).

The rule that evidence obtained indirectly from an illegal search is admissible, and the illegality of the search is harmless, if the evidence would have been obtained nevertheless in the ordinary course of police work. • The rule is an exception to the fruit-of-the-poisonous-tree doctrine. The prosecution bears the burden of establishing the inevitability of the discovery. Black's Law Dictionary (10th ed. 2014).

The rule providing that evidence obtained by illegal means may nonetheless be admissible if the connection between the evidence and the illegal means is sufficiently remote. • This is an exception to the fruit-of-the-poisonous-tree doctrine arising when the Fourth Amendment violation and the obtaining of the evidence are not causally related. Black's Law Dictionary (10th ed. 2014).

The information contained in this guide is intended as a reference tool for educational purposes only. The information was gathered by a student who is not a lawyer and It is not intended to be legal advice, nor can there be any guarantees that the laws and the cases contained herein are up to date. It is each individual researcher's responsibility to ensure that the cases and laws he/she relies on are up to date.