Canon Law - "Body of law used to govern the Catholic Church.  The name is derived from the Greek word kanon (rule,i.e., rule of practical direction), which, from the fourth century, was used to denote the ordinances and regulations promulgated by the various Church councils that were convened to discuss problems or important topics.  The actual term "canon law" (ius canonicum) came into use in the 1100s and was intended to differentiate ecclesiastical law from civil law (ius civile): still later the Corpus Juris Canonici came into existence."  Bunson, Matt (1995). Our Sunday Visitor's Encyclopedia of Catholic History. Huntington, IN: Our Sunday Visitor

"In a practical sense, the laws and regulations began to take shape as early as apostolic times and were evident in their nascent form in the Didache." During the fourth century, new "Local regulations were established through the decrees of councils, although these most often had only a local authority or adherence.  The general (or ecumenical) councils made laws for the whole church, and the custom developed of carrying on the decrees of previous assemblies by having them read before the start of a new council.  Collection of these laws or canons were then undertaken, but these did not bear the weight of being an official code or they were gathered under private authority."  "Gradually, legal experts collected the decrees of popes, enactments of councils, and sources of older, ancient canons.  To these they added glosses, or commentaries, to assist in the teaching of details of the subject.  Still the study of canon law was severely handicapped by the sheer number of collections, the contradictions between points of law, and the inability to find specific laws because of chronological arrangements of material.  Thus can be seen the major significance of the Decretum of Gratian, published around 1148 in Bologna.  Compiled by the legal expert Gratian, the Decretum (in full, Concordantia discordantum canonum) was not a formal collection of canons but sought to provide a juridical system to its readers.  Towards this end, though, Gratian examined (and excerpted) virtually every canon ever published.  The Decretum was quickly adopted as the textbook of canon law, despite the fact that it was a private collection and not codified."    Bunson, Matt (1995). Our Sunday Visitor's Encyclopedia of Catholic History. Huntington, IN: Our Sunday Visitor

Versions of the Code

"Over the next centuries, the popes would add to the body of laws by giving rulings to those questions posed to them by bishops from around the Church.  These decretal letters were brought together and, for purposes of comprehensiveness, added to the Decretum Gratiani.  The most important of these was the Liber extra, the collection made by St. Raymond Penafort for Pope Gregory IX.  This received official approval and was a vital source for the Corpus Juris Canonici."  "The final decision to codify the laws of the Church was made by Pope St. Pius X who, in 1903, issued Arduum, the motu proprio ordering the complete reform and codification of all canon law.  It would be completed in 1917 as the Corpus Juris Canonici, the first official guide to the laws of the Catholic Church.  A new Code of Canon Law was issued by Pope John Paul II in 1983, the final result of a call for a new code dating back to Pope John XXIII (r. 1958-1963) and continued by Pope Paul VI (r.1963-1978)."  Bunson, Matt (1995). Our Sunday Visitor's Encyclopedia of Catholic History. Huntington, IN: Our Sunday Visitor

The Pontifical Council for Legislative Texts is part of the Roman Curia. It's duties consist mainly in interpreting the laws of the Church. (Pastor Bonus, 154).

VII
OTHER INSTITUTES OF THE ROMAN CURIA

Prefecture of the Papal Household (arts. 180-181)
Office for the Liturgical Celebrations of the Supreme Pontiff (art. 182) 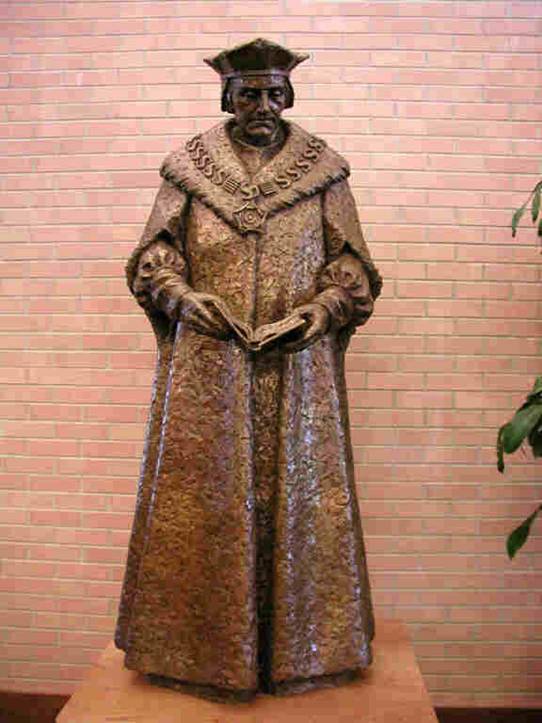 The following is a guest post by Dante Figueroa, Senior Legal Information Analyst at the Law Library of Congress.  Dante has previously written blog posts on canon law and the papacy:  Canon Law Update; Citizenship in the Vatican City State;Medieval Canon Law; and The Papal Inquisition in Modena.

The posting Canonical Rules on the Resignation of a Pontiff, and the Election of a New Pontiff (part II of II) was published on February 22, 2013, based on the canonical rules extant at that date. On that same day, Pope Benedict XVI enacted themotu propio on Some Modifications of the Norms Concerning the Election of the Roman Pontiff, which amended the Apostolic Constitution Universi Dominici Gregis. The motu proprio is to enter into effect upon its publication inL’Osservatore Romano (the Vatican’s official newspaper). To date, the official version of the motu propio is available only in Italian, Latin, and Portuguese and has not been published in L’Osservatore Romano.

Below I offer a fresh summary of this canonical legislation, which amends a significant number of rules governing the papal electoral process. The following describes the effects of this legislation:

1. It reinforces and expands rule No. 35, which prohibits the exclusion of cardinal electors in cases when they express their voice during balloting that does not result in an election of a pontiff.

2. It amends rule No. 37, which formerly required a fifteen-day waiting period. The purpose of the waiting period — which is effective from the date when the papal office becomes Sede Vacante – is to allow for the assembly of the Conclave (cardinal electors) to arrive atVatican City. That is, the new rule allows the College of Cardinals to anticipate the beginning of the Conclave when all the cardinal electors are present atVatican City.

3. It reinforces rule No. 43 which states that during the electoral process within Vatican City, all due measures must be adopted to ensure the discretion and the free development of all operations related to the election of a pontiff.

4. It indicates that all persons (other than cardinal electors) who participate in the electoral process—irrespective of their capacity— must take the oath included in rule No. 48 before initiating the election.

5. It clarifies the application of the absolute secrecy rule No. 47. It provides an admonishment–concerning all matters related to the election of a pontiff—to all those who in any way or at any time learn anything from any source, directly or indirectly, regarding the election process, and in particular regarding the voting that takes place during the election itself.

7. It provides the same penalty (excommunication latae sententiae) for the violation of absolute secrecy rule No. 48, which is applicable to the cardinal electors and to those who in whatever capacity participate in the electoral process.

9. It provides that if the supermajority of two-thirds is not reached during the required voting, then a day of prayer, reflection and dialogue shall follow. The two persons who have received the highest number of votes shall have a passive voice, and the supermajority quorum is still required for the subsequent voting in accordance with rule No. 75.

10. It specifies that after the newly-elected pontiff assumes the office of his canonical election, the Master of Papal Liturgical Celebrations, in his capacity as notary in conjunction with two Masters of Ceremonies as witnesses, shall draft a document certifying acceptance by the new pope and specifying the name he will take in accordance with rule No. 87.

In short, the new rules aim to reinforce the absolute secrecy rule and to restrict or secure against any type of external influence over the cardinal electors during the election process.