Library of Congress on the Legislative Process

This is a reference to show you how a bill becomes a law. A bill is a new law or and an idea to change or to do away with an existing law.

This guide is intended  to help you understand the Legislative Process and the legislative History in both the United States Legislature  Florida and the West Virginia Legislature.

In this guide we will help introduce you to research materials that are important to understand the legislative process, the statutes enacted and the resources that analyze these matters in detail.

How a Bill Becomes a Law

The Legislature at work 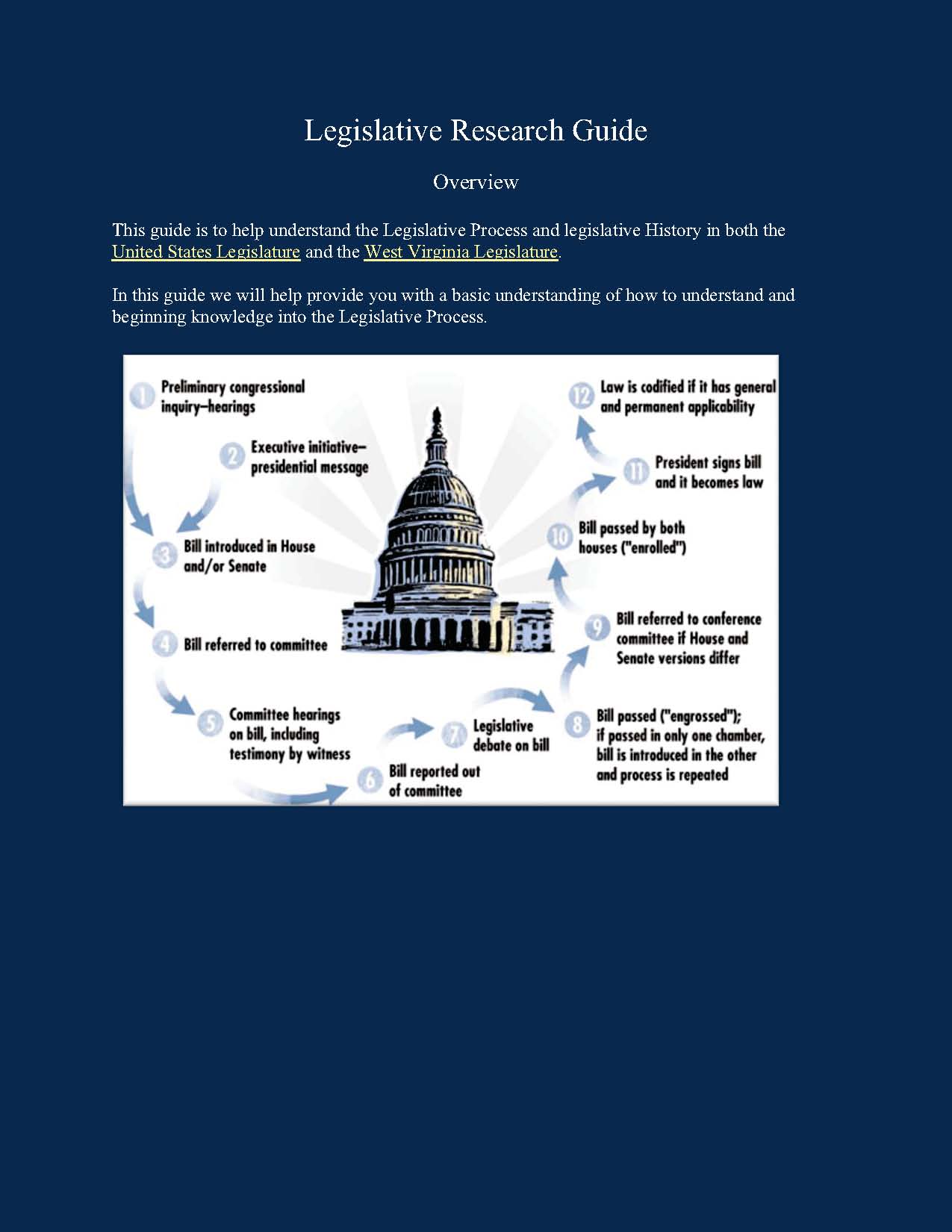 Congress, as one of the three coequal branches of government, is ascribed significant powers by the Constitution. All legislative power in the government is vested in Congress, meaning that it is the only part of the government that can make new laws or change existing laws. Executive Branch agencies issue regulations with the full force of law, but these are only under the authority of laws enacted by Congress. The President may veto bills Congress passes, but Congress may also override a veto by a two-thirds vote in both the Senate and the House of Representatives.

Article I of the Constitution enumerates the powers of Congress and the specific areas in which it may legislate. Congress is also empowered to enact laws deemed "necessary and proper" for the execution of the powers given to any part of the government under the Constitution.

Part of Congress's exercise of legislative authority is the establishment of an annual budget for the government. To this end, Congress levies taxes and tariffs to provide funding for essential government services. If enough money cannot be raised to fund the government, then Congress may also authorize borrowing to make up the difference. Congress can also mandate spending on specific items: legislatively directed spending, commonly known as "earmarks," specifies funds for a particular project, rather than for a government agency.

Both chambers of Congress have extensive investigative powers, and may compel the production of evidence or testimony toward whatever end they deem necessary. Members of Congress spend much of their time holding hearings and investigations in committee. Refusal to cooperate with a Congressional subpoena can result in charges of contempt of Congress, which could result in a prison term.

The Senate maintains several powers to itself: It ratifies treaties by a two-thirds supermajority vote and confirms the appointments of the President by a majority vote. The consent of the House of Representatives is also necessary for the ratification of trade agreements and the confirmation of the Vice President.