Dr. Jane Adolphe is called to practice law in the State of New York, USA and Province of Alberta, Canada with degrees in civil law (LL.B/B.C.L)  and canon law (J.C.L/J.C.D). As a Professor of Law at Ave Maria School of Law (AMSL), in Naples, Florida (2001 – present), with an expertise in international human rights law, from 2003 she worked for the Holy See (Pope), Secretariat of State, Section for Relations for States, first as an outside legal advisor for Popes John Paul II and Benedict XVI, then in 2011, during the final years of Pope Benedict VI’s papacy, as an inside expert on international human rights issues within the United Nations System in Vatican City State, and continued into the papacy of Pope Francis, until her resignation in 2020.

While working for the Holy See, in her capacity as Professor of Law, Adolphe established the International Center on Law, Life, Faith and Family (ICOLF), in 2014, as a forum for Catholic jurists guided by the Holy See’s Charter on the Rights of the Family. It was renamed the International Catholic Jurists Forum (ICJF), in 2021.  Under the auspices of this forum, Adolphe has organized multiple international conferences on topics of relevance for the Holy See, some of which have resulted in the publication of books that she has co-edited: Clerical Sexual Misconduct: An Interdisciplinary Analysis (Cluny: 2020); Equality and Non-discrimination: Catholic Roots, Current Challenges (Pickwick: 2019); The Persecution of Christians in the Middle East: Prevention, Prohibition, Prosecution (Angelico Press: 2018).

Another notable book co-edited by Adolphe is St. Paul, the Natural Law and Contemporary Legal Theory (Lexington: 2012). A dialogue between theologians at Sacred Heart Major Seminary, in Detroit, Michigan, and law professors at AMSL, it was the outcome document of a speaking series organized by Adolphe and Dr.  Robert Fastiggi during the “Year of St. Paul”, declared by Pope Benedict XVI. The book responds to a specific request for a conference on the natural law made by Cardinal Joseph Ratzinger, Prefect of the Congregation for the Doctrine of Faith (as Pope Benedict XVI then was) to AMSL President and Dean, at the time, Bernard Dobranski.

Adolphe was awarded the top 20 persons (6th) of 2020 by Inside the Vatican Magazine for her courage and determination. She was described as a “tireless advocate for victims of abuse and persecution,” and was also profiled as a guest on the Series: Where are they now?” regarding her athletic career with the University of Calgary Dinos basketball team, her career as a law professor, and work with the Pope. She recently appeared on EWTN live with Father Mitch Pacwa to speak about “Catholic thought and Human Rights.” Most recently, Adolphe together with Elizabeth Westhoff of AMSL prepared a series of videos under the auspices of the ICJF to help launch the Global Call to Prayer for China Campaign organized by a coalition of lay Catholics and Christians from around the globe.

She began her legal career clerking with the Court of Appeal and Queens Bench in Calgary, Alberta, and the law firm Bennett Jones Verchere, then prosecuted criminal cases for the Alberta Crown Prosecutor’s Office, and later worked as a legal consultant to a law firm in Rome, and to non-governmental organizations lobbying at United Nations’ conferences, before participating as a member of various delegations of the Holy See at international meetings.

Her doctoral thesis in canon law is entitled: A Light to the Nations: The Holy See and the International Convention on the Rights of the Child. She has published numerous articles on international human rights and the Holy See, and holds a Bachelor of Arts and four law degrees: licentiate and doctorate in canon law (J.C.L/J.C.D) from the Pontifical University of the Holy Cross, in Rome, Italy; common law (LL.B), and civil law (B.C.L.) from McGill University in Montreal, Quebec. Adolphe also holds a Bachelor of Arts from the University of Calgary.

The Principles and Canada's 'Beyond Conjugality' Report: The Move toward Abolition of State Marriage Laws in Reconceiving the Family: Critique on the American Law Institute's Principles of the Law of Family Dissolution, (Cambridge University Press, September 2012)
available on-line: http://papers.ssrn.com/sol3/papers.cfm?abstract_id=2181539

New Challenges for Catholic-Inspired NGOs in Light of Caritas in Veritate in 16 The Catholic Social Science Review 181 (2011)
available on-line: http://papers.ssrn.com/sol3/papers.cfm?abstract_id=2113161

The Holy See and the UDHR: Towards a Legal Anthropology of Human Rights and the Family in 2 Ave Maria Law Review, Vol. 4 (2006)
available on-line: http://papers.ssrn.com/sol3/papers.cfm?abstract_id=2093220

Dissertation. A Light to the Nations: The Holy See and the Convention on the Rights of the Child, Pontificia Università della Santa Croce, Rome, Italy, July 2003.

Securing a Future for Children: The International Custom of Protecting the Natural Family

Jane Adolphe, Securing a Future for Children: The International Custom of Protecting the Natural Family, in The Family In The New Millennium: World Voices Supporting the “Natural” Clan Vol. 1 (A. Scott Loveless & Thomas B. Holman eds., 2007).

The Principles and Canada's "Beyond Conjugality Report: The Move Towards abolition of State Marriage Laws

Jane Adolphe, The Principles and Canada’s “Beyond Conjugality” Report: The Move Towards Abolition of State Marriage Laws, in Reconceiving the Family: Critique on the American Law Institute’s Principles of the Law of Family Dissolution (Robin Fretwell Wilson ed., 2006).

“The Holy See and the UDHR: Towards a Legal Anthropology of Human Rights and the Family,” 4 Ave Maria Law Review 343 (2006).

“The Case Against Same-Sex Marriage in Canada: Law and Policy Considerations,” 18 BYU Journal Of Public Law 479 (2004).

Articles or Presentations Published in Academic Journals, Magazines, or on Websites

Dossier on Clerical Sexual Misconduct with Males, in Robert Moynihan, ed. INSIDE THE VATICAN MAGAZINE, December 2018.

The United Nations System: New Rights, Old Controversies, Document of the Episcopal Conference of Slovakia No. 14: The Church and Human Rights (SSVT: 2014).

What the Holy See Has to Say about Violence Against Women and Girls: Commission on the Status of Women, 57th Session, Zenit, 27 March 2013.

New Challenges for Catholic-Inspired NGOs in Light of Caritas in Veritate in THE CATHOLIC SOCIAL SCIENCE REVIEW 16 (2011) 181-193.

“It Answers to a Higher Authority: Even Faced with Clergy Sexual Abuse, the Church Must Still Focus on Saving Souls,” Legal Times, June 10, 2002, 62. 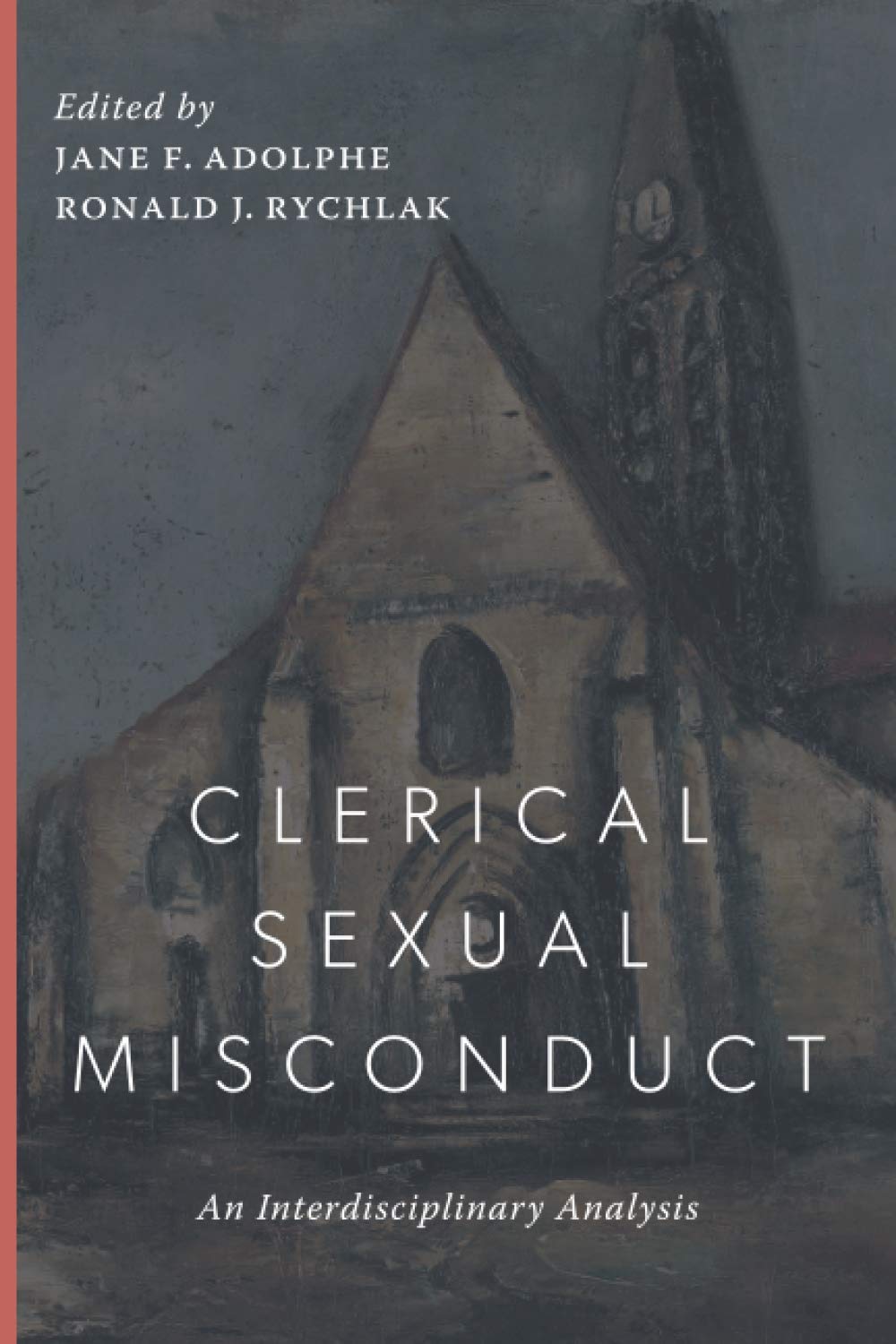 In 2018, as accounts of clerical sexual misconduct in Chile, Honduras, and the United States roiled the Catholic Church, an international meeting of experts in journalism, law, pastoral care, philosophy, psychology, sociology, and theology, was convened to study the incidence of clerical sexual abuse of males. Under the skilled editorship of Jane F. Adolphe and Ronald J. Rychlak, Clerical Sexual Misconduct: An Interdisciplinary Analysis is the result of that meeting and the incisive, insightful studies which it generated.

This volume explores ways of understanding equality and non-discrimination. Drawing on the timeless logic of realist philosophy, Catholic morality, and Catholic social teaching, the authors seek to provide intellectual clarity on many controversial questions.

The contributors are lawyers, philosophers, and theologians who offer rich insights into the modern crisis of social thought on equality. They examine various global assaults on human life, marriage, the family, and the natural dignity of masculinity and femininity. They seek to uphold the essential foundations of reality for the attainment of the common good. The contributors attempt to move beyond a positivist mentality in order to evaluate the first principles of the natural law in which all human law is grounded.

The various chapters evaluate developments and application of theories of equality and non-discrimination in the history of Western thought; in modern European practice; in contemporary inter-American practice; in the Asian setting; in the Middle East and North Africa; and in the Catholic canon law tradition. The authors strive to restore a universally valid conception of equality and non-discrimination as understood within the Catholic tradition. 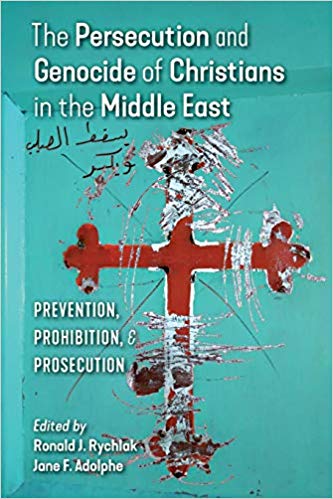 In Rychlak, R. J., & In Adolphe, J. (2017). The persecution and genocide of Christians in the Middle East: Prevention, prohibition, & prosecution.

In summer 2014, ISIS waged a bloody blitz through Iraq’s Nineveh province, crucifying, beheading, raping, torturing, forcibly converting to Islam, and driving out every member of the region’s 2000-year-old Christian community. Christian girls, as young as three, were sold at ISIS sex slave markets in Mosul. Ancient churches were burned and ISIS attacked dozens of Christian towns in Syria. The beheading in 2015 of 21 Egyptian Copts was videotaped by ISIS and became a searing, iconic symbol of this wave of persecution that threatens to eradicate Christianity in the Middle East. Many in the West, even Christians, remain unaware of the scale of this persecution, and even fewer know what can be done about it.

Inspired by Pope Francis’s denunciation of these acts as “genocide,” a group of Catholic legal scholars, writers, and theologians began work on The Persecution and Genocide of Christians in the Middle East. Its case studies focus on persecuted Christians, but its analysis equally applies to the other victims. In the United States, military and diplomatic responses are contemplated and sometimes undertaken. But what about the legal system? Are there things we can or should be trying? That question animates this book as it explores various facets of religious persecution, examining ISIS’s ideology and their relationship to Islam as practiced by most Muslims, as well as exploring the nature of religious freedom. Practical, relevant, and rich in ideas, this book addresses the most crucial religious freedom issue of our day. It is a primer for Christians, students of international human rights, and all concerned about religious persecution.

The editors of this unique collection of essays exploring the relationship of St. Paul and the natural law bring together contributions by scripture scholars, theologians, philosophers, and international lawyers. Inspired by the special Jubilee Year from June 2008 to June 2009 – proclaimed by Pope Benedict XVI to celebrate the 2,000-year anniversary of the birth of St. Paul – the chapters in this book are the fruit of the contributors’ collaboration during the celebration of the Year of St. Paul. They share a common appreciation of the natural law as a basis for civil law and contemporary legal theory, and each chapter examines the foundations of the natural law – particularly in the writings of St. Paul – giving special recognition to the Catholic contributions to natural law and contemporary legal theory.

Chapter 5: Sexual Violence as a Tactic of Terror: The Plight of Christian Women and Children, in THE PERSECUTION AND GENOCIDE OF CHRISTIANS IN THE MIDDLE EAST: PREVENTION, PROHIBITION AND PROSECUTION, (Angelico Press: 2017).

Chapter: The Legal Anthropology of Human Rights: A Canvass of Approaches to Explain the Same Reality in International Law (submitted for publication in 2013) as part of the Proceedings from the Conference INTELLECTUAL FOUNDATIONS AND LEGAL MEANS FOR THE PROTECTION OF HUMAN LIFE IN THE PRE-NATAL PHASE: COMPARATIVE PERSPECTIVE, Warsaw Poland 24-25 September 2012.

Chapter 11. Marriage and the Family, Rights of Parents and Children: Reflections on the International Bill of Rights and the Convention on the Rights of the Child in EXITING A DEAD END ROAD: A GPS FOR CHRISTIANS IN PUBLIC DISCOURSE (Kairos Publications: 2010) 148 -156.

Chapter 13: Securing a Future for Children: The International Custom of Protecting the Natural Family, in A. SCOTT LOVELESS, THOMAS B. HOLM, EDS., NATURAL FAMILY IN THE THIRD MILLENNIUM: GLOBAL INSIGHTS, Vol. 1, (Praeger, 2006).

Chapter 18: The Principles and Canada’s Beyond Conjugality Report: The Move Towards the  Abolition of   State Marriage Laws in  ROBIN FRETWELL WILSON, ED., RECONCEIVING THE FAMILY, (Cambridge Univ. Press, 2006).

Protection of Human Life in Its Early Stage: Intellectual Foundations and Legal Means

General Perspective / Jane Adolphe -- The Legal Anthropology of Human Rights: A Canvass of Approaches to Explain the Same Reality